It was a blur, it really was. Looking at my posts, I am incredibly far behind… but considering the digital life I live sometimes it’s nice to know I was so busy enjoying life beyond the screen that I miss a blog post… or five. I’m going to try to cover through fall and winter 2016 so in the next posts I can write about some of the fun events thus far in 2017.

After spending a decent amount of time last summer on the east coast, I returned in August and we spent the next couple of months really locking down the 2016 event.

I cannot emphasize enough how incredible the organizing team was that worked tirelessly to make WCPHX a success — from getting announcements out to wrangling sponsors and volunteers, the achievement was something to be proud of.

Attending the speaker sponsor dinner at #wcphx with my peeps! #community pic.twitter.com/PcOLuQaUJ7

The weekend started with the speaker/sponsor dinner at GoDaddy — they helped out tremendously when our original party space fell through. The offices and space in Tempe are wonderful and the team at GoDaddy, well I can’t thank them enough for helping to make the evening a success. 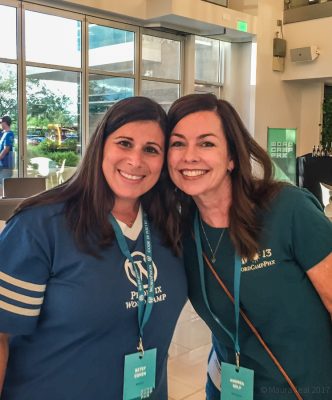 The next two days were a blur as I checked on the two tracks, ensuring speakers were where they needed to be and helping things run smoothly as needed. I was honored to be a part of organizing WCPHX 2016, and I have to say I was impressed with the talent that submitted to speak and showed up to deliver that weekend.

The big kahuna of WordCamps in North America is WordCamp US, and I was happy to head back to my home state of Pennsylvania and brave the chilly December weather for the event. Philadelphia, as a city, has grown on me quite a bit despite the hometown rivalry between Pittsburgh and Philly, and the event itself was a testament to how wonderful the WordPress community is. I was thrilled to spend time with old friends and made many new connections as well.

I prefer to travel as little as possible in the winter, explicitly because that’s the best time of year to be in Arizona. I was back in Pennsylvania for a second time in December, this time in Pittsburgh, to see family for the holidays but following that I headed home for the blue sunny skies of Phoenix.

Following a quiet winter spent cozied up under the palm trees, I started gearing up for a very busy spring. My preparations began for speaking, traveling, and a great deal of fun. I’ll talk more about those events in my next couple of posts, as I think we’ve covered enough ground here as it is!